At the start of the 2017 school year there were 221 primary age schools, 38 secondary, 3 through schools and 7 special schools in Leeds, which are all state-funded schools.  Of the three through schools, the Temple Learning Academy currently only has provision open in the primary phase, with secondary provision due to open next year.

Who runs schools in Leeds?

Amongst the secondary provision:

22 are academies and 4 are free school academies

1 is a UTC (University Technical College) opening in 2016

Amongst the primary provision:

32 are academies and 2 free schools

Of the 192 primary schools maintained by LCC 96 are community schools, 38 are foundation schools, 40 are voluntary aided and 18 voluntary controlled

School student numbers, now and in the future

Recent estimates are that there are 187,724 children and young people under the age of 20 in Leeds. The birth rate in Leeds continues to maintain a consistent level of around 10,000 births per year and has maintained this now for the past 5 years. The increase in births has ultimately resulted in pressure for school places and Leeds has responded by creating over 1,500 new reception places and increased the overall capacity in primary schools by over 10,000 since 2009. An additional 210 permanent reception places will be available across Leeds from September 2016, with up to a further 500 places planned or currently being consulted on for delivery between 2017 and 2020.

With the increase in primary places now moving through the primary phase, planning for additional secondary places has already begun with one expansion proposal to create additional places already completed. Between 2017 and 2023, the equivalent of 8 new high schools (over 1400 additional year 7 places) will need to be created to manage the year 7 demand being projected. This additional provision will consist of a mixture of new schools, with some of these being created through the free school programme, plus the expansion of existing schools where this is possible via building works or re-configuration of existing accommodation. The changes to sixth form provision, including collaborations of local schools to create sixth form centres or hubs, may free up accommodation to allow schools to create additional places.

The diversity within Leeds schools is increasing, with over 20 different ethnic groups identified and 31% of the population coming from Black, Asian or Minority Ethnic groups. The proportion of pupils in Leeds schools who have English as an Additional Language (EAL) continues to grow and in the January 2016 school census there were 196 different languages recorded as spoken by the children of city.

In Leeds, 17.3% of children are eligible for Free School Meals and 14% have a Special Educational Need or Disability. National measures of child poverty indicate that 22.7%, or 37,300, children in Leeds live in poverty, which is above the 19.9% seen nationally.  Children who grow up in poverty face a range of disadvantages throughout childhood and their entire life course. Experiencing childhood poverty has severe short and long-term consequences across all indicators for success, with statistically significant relationships evidenced in gaps for educational attainment, physical and mental health, social integration, longevity, wellbeing, housing, economic and employment outcomes.

Whilst the impact of poverty can be found in all areas of the city, there are specific concentrations of poverty within the inner city.   The city strives to mitigate both the causes and impact of poverty and is integral to all work with children and families. 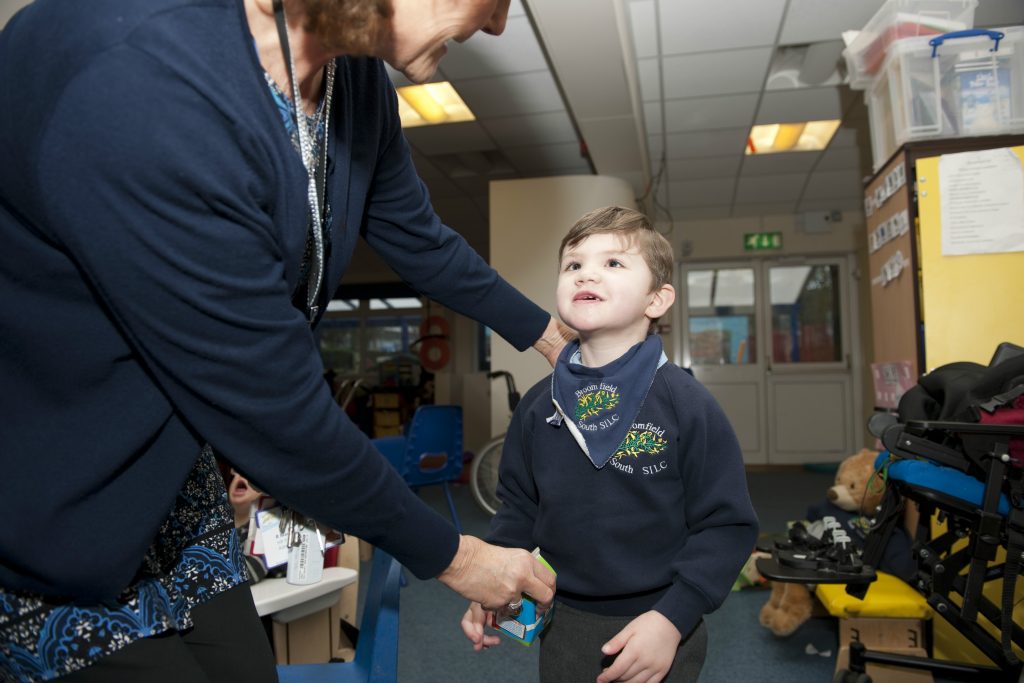