The City of Leeds has a population of over 750,000 people with a rich diversity of over 130 different nationalities covering an area of 552 square kilometres. Beyond the city’s own population there are around 2.2 million people within 30 minutes’ driving time of the City Centre and 11 million within 90 minutes.

Leeds is the regional capital of Yorkshire and the Humber and the second largest metropolitan district in England. Being close to the geographical centre of the UK, Leeds has excellent road and rail links – located on the M1, A1 and M62, close to the East coast mainline and with direct services to London. The region’s principal airport is found in the north of the city, the Humber ports are only an hour away and Leeds sits centrally on the “Northern corridor” of Liverpool through Manchester to Hull. The district consists of a main urban area, and an outer ring of small towns and countryside.

Leeds is a very popular place to live and work due to its great range of shopping and leisure opportunities combined with a compact and vibrant city centre. The Rough Guide to Britain named shopping in Leeds as one of the top thirty things to do in the UK, with five miles of shopping streets and one of the country’s largest pedestrianised zones. The revitalisation of the city centre has extended northwards into the Civic Quarter, with Millennium Square serving as the centrepiece for civic and social celebrations while the new First Direct Arena extends the city centre further still.

Leeds has a thriving cultural centre, with a booming economy all in a compact area, constantly changing and reinventing itself. Away from the city centre two thirds of Leeds is green belt and has some of the most beautiful scenery in Yorkshire. The city centre is less than 20 miles from the Yorkshire Dales National Park and under 90 minutes to the national parks of the North York Moors, Lake District and Peak District.  Leeds is rich in culture and heritage, enhanced physically by investment in buildings such as the First Direct Arena and by attracting events such as the Tour De France, Tour de Yorkshire and World Triathlon. The visitor economy continues to be a focus of opportunity and growth despite difficulties surrounding a City of Culture 2023 bid.

Over the last 20 years, more jobs have been created in Leeds than in any other UK city outside London. Already Leeds is the largest employment centre in the region and it is expected to generate a third (some 30,000 new jobs) of the region’s total employment growth over the next decade. Leeds has ranked within the top five cities with the lowest unemployment rate for the past five years. However, disadvantage is still evident in the inner city, mainly characterised by widening income differentials and the polarisation of neighbourhoods, which are perceived as ‘good’ or ‘bad’. Despite the number of jobs within the local economy, there are fewer opportunities in areas characterised by low educational achievement and skill levels. Economic disadvantage is compounded by concentrations of poor housing, inadequate amenities, high crime rates and increasing differences in health and life expectancy. 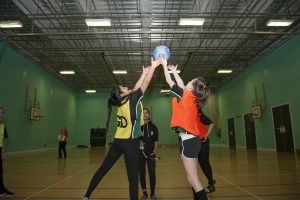