Our great city, once at the forefront of industrial innovation, is now at the forefront of science, learning and culture. We have a deserved reputation for being one of the friendliest and liveliest cities in Europe and one of the most cosmopolitan in the country. The city of Newcastle has a population of circa 280,000 and with Gateshead, North and South Tyneside the combined population reaches 880,000.

As a place to work it also has a lot to offer with all areas of the region being serviced by one of the most comprehensive public transport networks anywhere in the UK. We have an international airport 6 miles from the city centre, Newcastle Central on the East Coast Mainline (3 hours and every 30 minutes to London KX) and Cross County/Trans Pennine routes and excellent road links with the A1 running around the city. Within the city region is the two line Metro system linking us to our neighbours in Tyne and Wear. Investment in suburban cycles routes and the Newcastle Cycling Campaign have increased bicycles usage. There has been an enormous amount of investment bringing large numbers of jobs, not least within the service sector of which the Council is the largest employer. Surveys often suggest that people in the north east enjoy a better quality of life than anywhere else in England, not least because of a relatively low cost of living.

Outside of working hours Newcastle has something for everyone’s social taste. The newly restored Grainger Town is second only to Bath for its number of listed buildings. The dynamic Quayside area has some of the city’s quality restaurants and cafes, traditional pubs and contemporary bars, and the city is rich with live music and theatre across a range of venues. Not forgetting sport with Newcastle Falcons, Newcastle United and the Great North Run.

The region has beautiful countryside – the dramatic Northumberland coast line with its many castles (think Harry Potter), the high northern Pennines and friendly Geordie people. We’re the regional capital for over two million people across North East England, with significant influence within the region. We’re working towards being a truly competitive city, becoming dynamic and entrepreneurial at the heart of the regional economy.

Newcastle is increasingly a European regional centre of national and international significance. 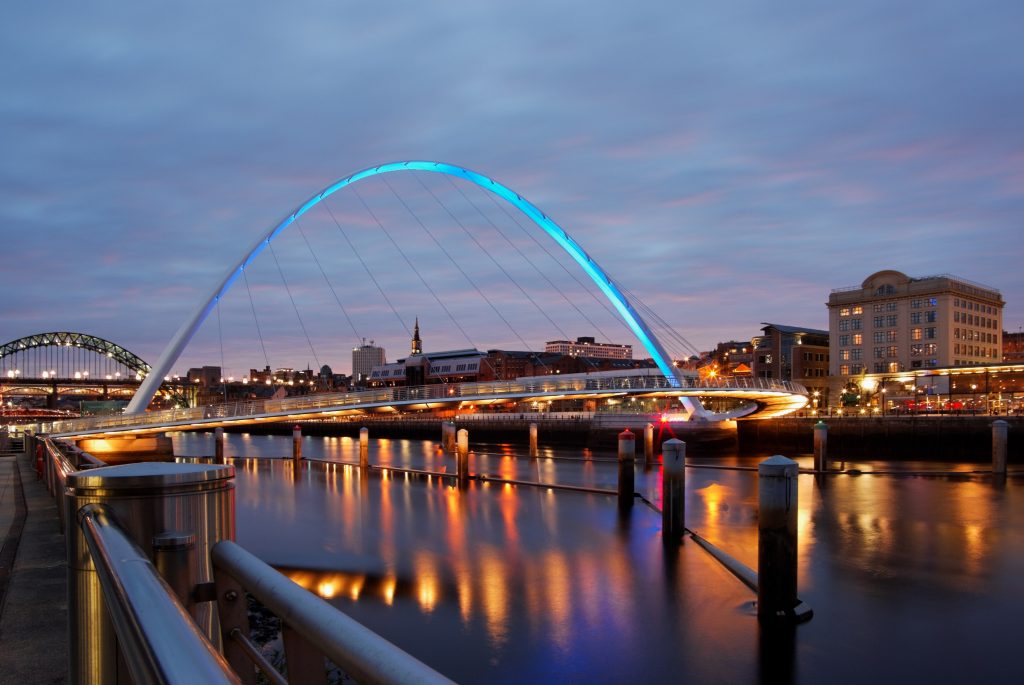 Scroll back to top
We use cookies to ensure that we give you the best experience on our website. If you continue to use this site we will assume that you are happy with it.OkRead more