North of Tyne – the area

The North of Tyne is filled with stunning natural landscapes, great people, and has a strong track record of creating jobs and supporting world-leading businesses.

It also has lots of potential, including:

But, we also have a number of challenges, such as:

The North of Tyne Combined Authority has ambitious plans to create 10,000 jobs over the term of the deal, adding over £1bn in goods and services and levering over £2bn of private sector investment. It has also meant the transfer of power and investment from central Government to Newcastle, North Tyneside and Northumberland. The deal required an elected Mayor (on a term of 5 years) and thus secured £600m of government funding over the next 30 years which is separate from local government funding.

Devolution gives us the chance to make our own decisions about our own future so we can target investment where we know we need it most. We want to make the strong connection between economic growth and providing people with the skills, education and confidence to benefit from the opportunities that will follow.

For the new North of Tyne Combined Authority – spanning Newcastle, North Tyneside and Northumberland – the future focus is on positive change. We want to quickly and decisively make a real and positive impact on people’s lives, businesses and communities. To create this impact will use levers such as education and skills, technology and broadband to create accessible jobs, influence transport and housing while also working on green initiatives and tourism.

Our vision is of a dynamic and more inclusive economy, one that brings together people and opportunities to create vibrant communities and a high quality of life, narrowing inequalities and ensuring that all residents have a stake in our region’s future.

Learn more about our economic challenges and opportunities and how we will measure ourselves in our Inclusive Economy Policy Statement (insert). Some of our early projects can be found here 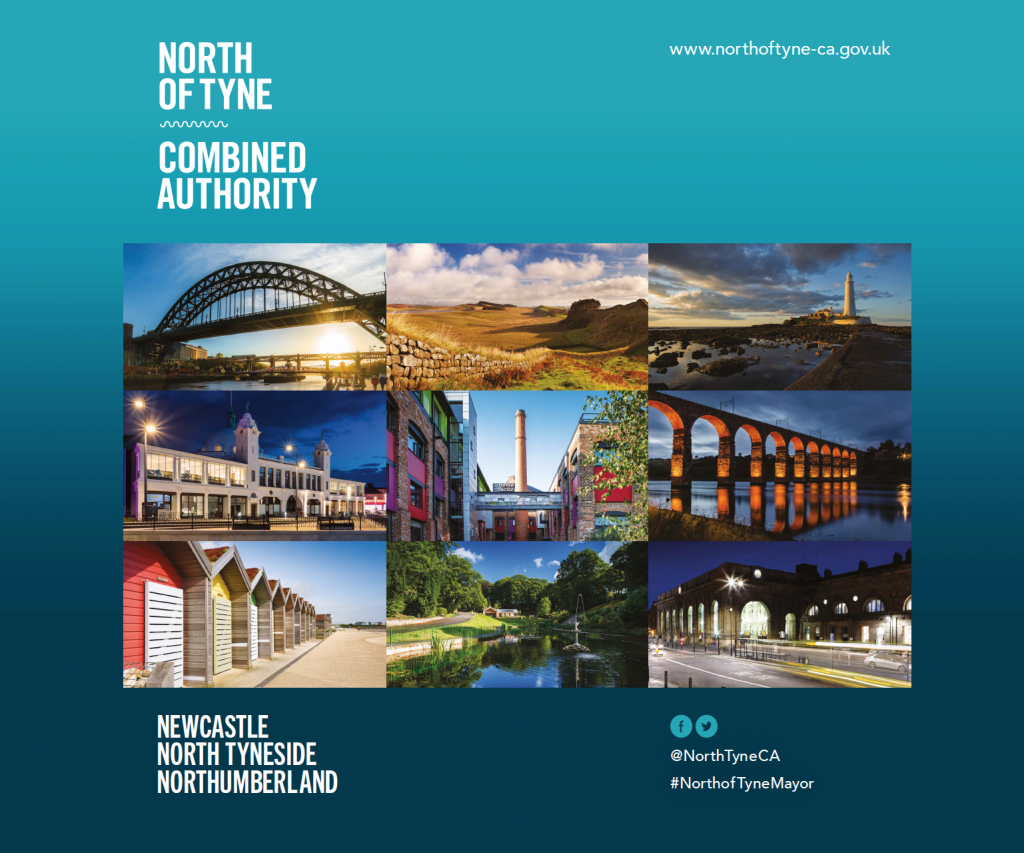